Life is really simple, but we insist on making it complicated by over-thinking and over-analyze everything. Sometimes it’s important to just do and not think!

Don’t make life all about you! Sometimes, others are in need of encouragement too!

It’s right around the corner. Yes winter with all of its snow, ice and wind. Of course here in New England Nor’easters also barrage us. These storms pummel our coastline and are a threat to our beaches. The erosion caused by the wind and waves can be detrimental to Towns. After last winter our Town had to replenish some of the beaches by dredging and bringing in sand. The ocean was on the verge of breaking through a barrier beach that protects our town center. We were saved from this last year and can only hope the work holds for this winter season and its storms. Only time and Mother Nature will tell.

raindrops on bamboo
shimmer in the sunlight
little diamonds

If I may be so bold; I’ve had this photograph of a Cyprus tree after a rain storm in my collection or a few months now. I played around with a corresponding poem but never came up with anything solid. When I saw this Tan Renga challenge the photo came immediately to mind and inspired the haiku above. If anyone is so inclined to complete this Tan Renga I would be honored.

Life is great at the BEACH!

Life is better at the beach. An Bang Beach hut

Sketch of the day in my monologue art journal comes to you from the beach.

Life is better at the beach. An Bang Beach hut

How true these can be!

Adventures and Musings of an Arch Druidess

Ah, sweet music I love the Oldies 70’s, 80’s, 90’s all genres. Get on those thinking caps for today’s lyrical challenge.

My child was born just the other day…Who sang it?

Let me know your answer. In closing I wish you Good Health. Cheryl “Cheffie Cooks” Wiser.

Answer is (c) Harry Chapin an American singer-songwriter from NYC -song 1974 “Cats in the Cradle” from his Album ‘Verities and Balderdash. In 1975 he won a Grammy for this No. 1 Hit song. His unfortunate and unexpected death on the LI Expressway in 1981 (auto accident) he was on his way to give a “Free Concert”, it is believed he suffered a heart attack at age 38. It was a tragic loss to many who enjoyed folk-rock songs of that era. Congrats to Suzanne http://www.apuginthekitchen.com – who knew the answer. Great job Suzanne!

What day is it? 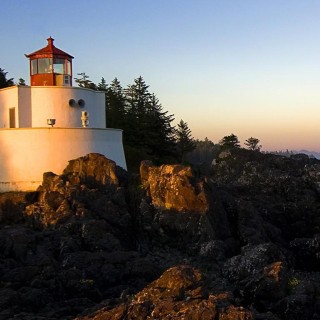 Hi Y'all; as we say down south!!! Raised in Florida and still reside in Florida!!! I adore "my" Ocean, walking the beach, swimming, water sports, reading, writing, beautiful flowers, plants indigenous to Florida! All Sea life. The sunshine, sunrises and sunsets!!! Herbs, fruits, vegetables. I could go on and on...Florida is a lifestyle! Simple comfort foods are the absolute best! If you have time, check out my other web sites. Thanks so much for stopping by; I hope to see YOU again soon. Total Web sites (10) Award Free Blogs -See You There! (1) https://clwiser.wordpress.com- Cheryl "Cheffie Cooks" Wiser -Ocean Living and Cooking- fun Florida lifestyle antics and adventures. (2) https://cooking1allthingscitrus2 .wordpress.com. Cooking/recipes using Citrus Fruits. Oranges, Lemons, Limes. (3) https://cheffiecookseasy123 .wordpress.com. Helping those cooking on a budget, recipes, suggestions, tips. (4) https://mainlyfoodtriviaandfacts .wordpress.com. Food Trivia and facts-Random Alphabet of Cooking- A fun site. (5) https://notthegourmetnextdoor .wordpress.com. Simple. Comfort Foods. Every Day. Top ten comfort foods! What are they? You'll be surprised. Recipes shared (6) https://clwisernovelette1. wordpress .com. A fun Fiction Novelette -For your reading enjoyment. (7) https://wegrazetogether. wordpress.com - Food Bloggers Unite! List of Food Blogs to view/recipes /Worldwide Site (8) https://thewisercook. wordpress.com -smarter cooking (9) https://cheffiecooksfavoriterecipes .wordpress. com - photo gallery (10) https://allaboutappetizers.wordpress.com/ For entertaining family and friends with great appetizers, dips, snacks ***(A member of) www.TastyKitchen.com (a Public-Community Recipe Sharing Site).I have 1,500 recipes posted-my recipes are all original To access any one of the web sites through gravatar, click on the ones you wish to view.